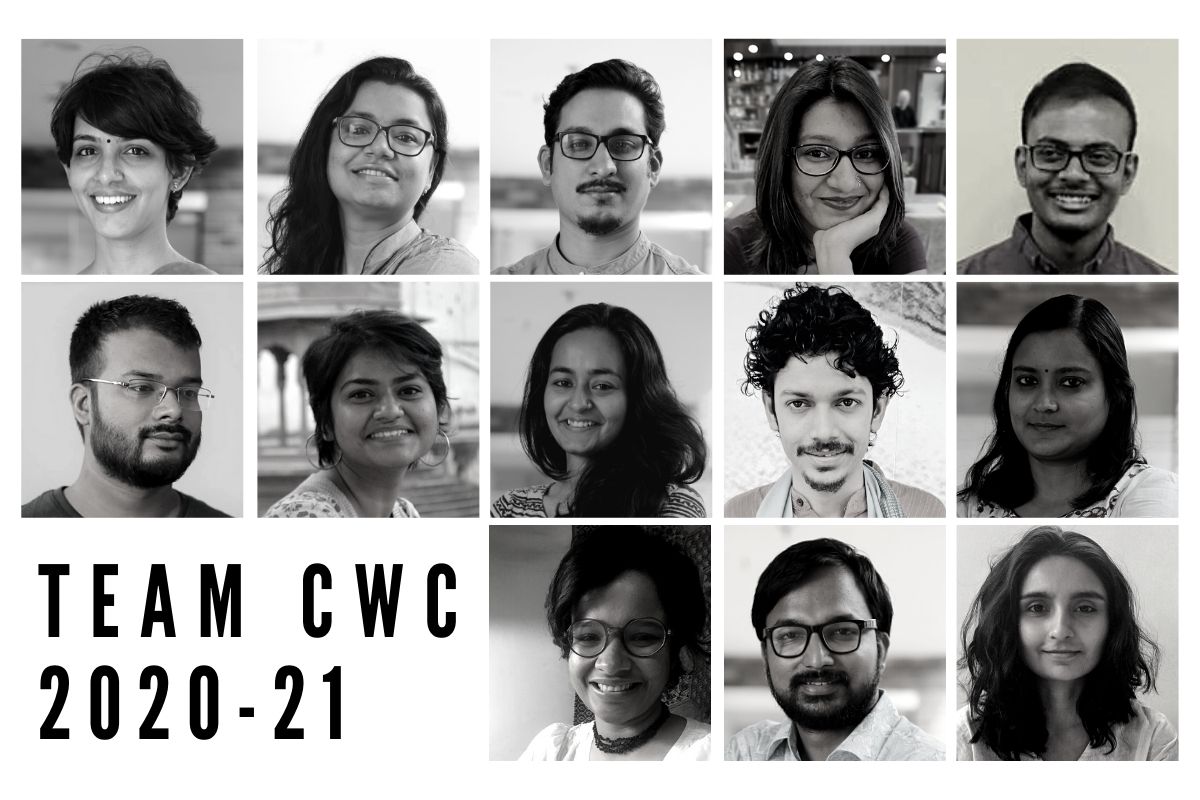 Centre for Writing and Communication (CWC) works closely with the academic community in Ashoka to develop critical thinking, writing and communication skills. CWC is the largest centre in Ashoka and works with all the diverse sections that make the Ashoka community: the entire student body (from the undergraduate students to research scholars), faculty, staff and other specialised centres in the university.

This is made possible by the diversity of the CWC team which is a vibrant group of scholars, professionals, writers and researchers whose combined expertise actively contributes to the interdisciplinary engagement at Ashoka.

The Winter School will provide an overview of Research Writing to ASP, Master’s, MLS and PhD students of Ashoka university. It will be conducted online over a 5-day period during the winter break combining workshops, individual writing sessions and group tasks. The topics that will be covered include Introduction to Research Writing, Literature Review, Writing a Research Proposal/Synopsis and Writing an Abstract.

The Centre for Writing and Communication's free audio podcast #BackToTheTutor features conversations on everything related to writing, communication, and the role of CWC as the largest centre at Ashoka University.

Episode 2: In Coversation with Poet Vivek Narayanan: On Vivek Narayanan's ongoing "writing through" of Valmiki's Ramayana, translating Valmiki, and the Indian English tradition.

Episode 3: Reality of the Virtual - On Teaching Language in Online Classrooms: Tune in to hear the tutors' views on what changes in a virtual student-teacher interaction, what we gain and what we lose, and how we can cope.

Episode 4: A Short Introduction to CWC: A conversation with CWC Director, Kanika Singh, on the centre's work, philosophy, and how it functions within the ecosystem of Ashoka University.

CWC’s interactions with the students are both in-class, through lectures, creative workshops, and one-on-one sessions. Through the year, the CWC provides writing and pedagogical support to courses across disciplines at Ashoka.

The course-specific workshops designed and conducted by the CWC address the most fundamental aspects of critical thinking required for writing and communication. For Introduction to Critical Thinking courses, CWC’s workshops are built into the curriculum and are mandatory. For other courses, they are optional and need based. Some of the workshops conducted this year include: How to write using multiple sources?; How to read fiction critically?; Writing around numbers; Planning a historiographical essay; What is an argument?; How to write strong conclusions?; How to write an introduction?; Plagiarism and citation; Writing Captions.

CWC provides year-long English language support to students. Starting with an Academic Bridge Programme conducted for incoming students in the summer, the support extends to English Communication and Intermediate English Communication courses in the Monsoon and Spring semesters respectively. These are credited-courses.

The one-on-one tutoring sessions provided by the CWC are crucial to providing individualised feedback to students through all stages of their academic writing—from brainstorming ideas, to logically developing arguments and finally revising their work. These are open to students across disciplines and levels of study. In the academic year 2019-20, CWC conducted 1101 hours of one-on-one sessions (till Dec 2019).

Besides course-specific activities, the CWC organizes a broad range of creative and research activities that address a variety of skills under the umbrella of writing and communication. These events innovatively draw upon and analyse a diverse range of activities and media which are part of our daily lives: news, email, music, internet, media, board games, photographs, food, and jokes, to name a few. These are open to the public and follow a participatory format. Our creative programmes are designed and executed by the CWC team members and invited experts including activists, writers, performers, journalists, translators and scholars.

Some of the most popular sessions included: a workshop on music called, More Than Meets The Ear: Active Listening In Practice by Varun Kishore; Your Turn: A Workshop On Creating Board Games From Everyday Objects by Mandara Vishwanath; The Anatomy Of A Feghoot: Writing Pun Inspired Stories a.k.a. A Feghoot by Karandeep Mehra; Manifesto: A Workshop on Art Manifestoes By Dhruba Basu and Shantam Goyal; O Rama what right did you have to kill me: A Reading of a Secret Version of the Ramayana by Vivek Narayanan and Souradeep Roy; Content or Intent: The Prickly Path of Poetry Translation by Anurima Chandra and Jyotirmoy Talukdar; Writing ‘their’ Voices: How NOT to do Ethnography by Urmimala Sarkar & Poulomi Das; Recipe Writing Workshop by Mohini Mehta. 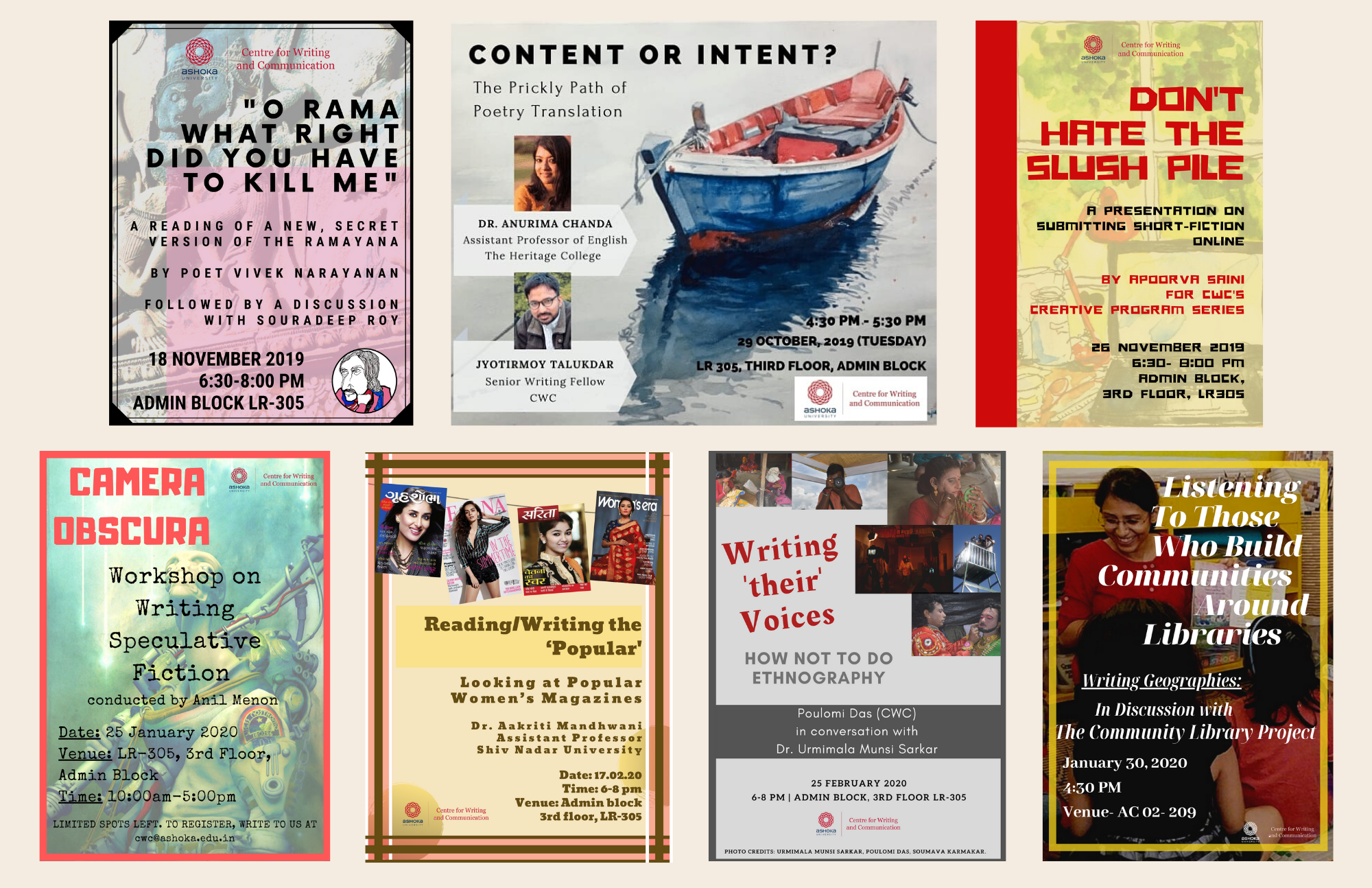 In the year 2018, CWC introduced Writing Geographies, a series that explores the questions of form and politics of writing about a specific region. The main inspiration to initiate this series was to engage with the vast linguistic diversity of India and it is one of the initial attempts by CWC to explore the questions of language and its implications for the ideals of critical thinking and inclusive pedagogy. The format of the series is flexible, some events are designed as performances, others as dialogues and discussions. Scholars, professionals, activists whose work is informed by their respective geography and language are invited to discuss their work at Ashoka. The sessions conducted under this series include discussions with the Community Library Project, Delhi, to introduce models of book acquisitions and learning outside of educational institutions (Sumit and Bhawna from the community libraries and Souradeep Roy as the discussant); a critical examination of the term ‘North-East’ by Sajib Baruah and Sangeeta B. Pisharoty; an interaction with Khabar Lahariya, a media platform run and managed by women of Bundelkhand who primarily use digital media to report local issues in local dialects of Hindi (Kavita Devi and Pooja Pandeyfrom Khabar Lahariya and Awadhesh Tripathi as discussant); performance of Miya poetry of Assam by Shalim M. Hussain.

CWC’s annual conference brings together educators, scholars, students and activists working in the field of education. Our first conference in 2017-18, Reflections on Writing, critically examined the idea of writing in university spaces. The 2018-19 conference focused on Inclusive Pedagogy: Teaching and Learning Practices in Higher Education in India. PLEASE NOTE: In light of the COVID-19 pandemic, CWC's 2019-20 Conference 'Challenges/Strategies in Teaching English for Academic Purposes (EAP) in Higher Education in India' has been postponed indefinitely. Kindly, stay safe and take care.

In 2017, CWC introduced its Research Forum, a platform for the academic staff of the university (teaching fellows, YIF preceptors, postdoctoral fellows, writing tutors) to share their research. The discussions saw participation from scholars of anthropology, history, performance studies, creative writing, sociology, law and politics. On the Permissible in Literature; Citizen Insurgencies: Fictions and Politics in North-East India; Sense of Place: Writing in Fiction and Memoir; Law, Governance and Religion: Constituting the Citizen; Of Circuses and Comedians: Public Cultures of Amusement in India; Visualising Gond Histories; Querying the Indian Parliament: What can the Question Hour tell us about Muslim Representation in India.

Each summer the CWC offers Summer Schools writing courses on research, academic and creative writing. These are open to students from across disciplines and universities. In 2019-20, two writing workshops are offered by the CWC: Research Writing, and Creative Writing (Short Story). For details please download our brochure on summer school from here. You can download the short story chapbook by the Creative Writing workshop participants from here. 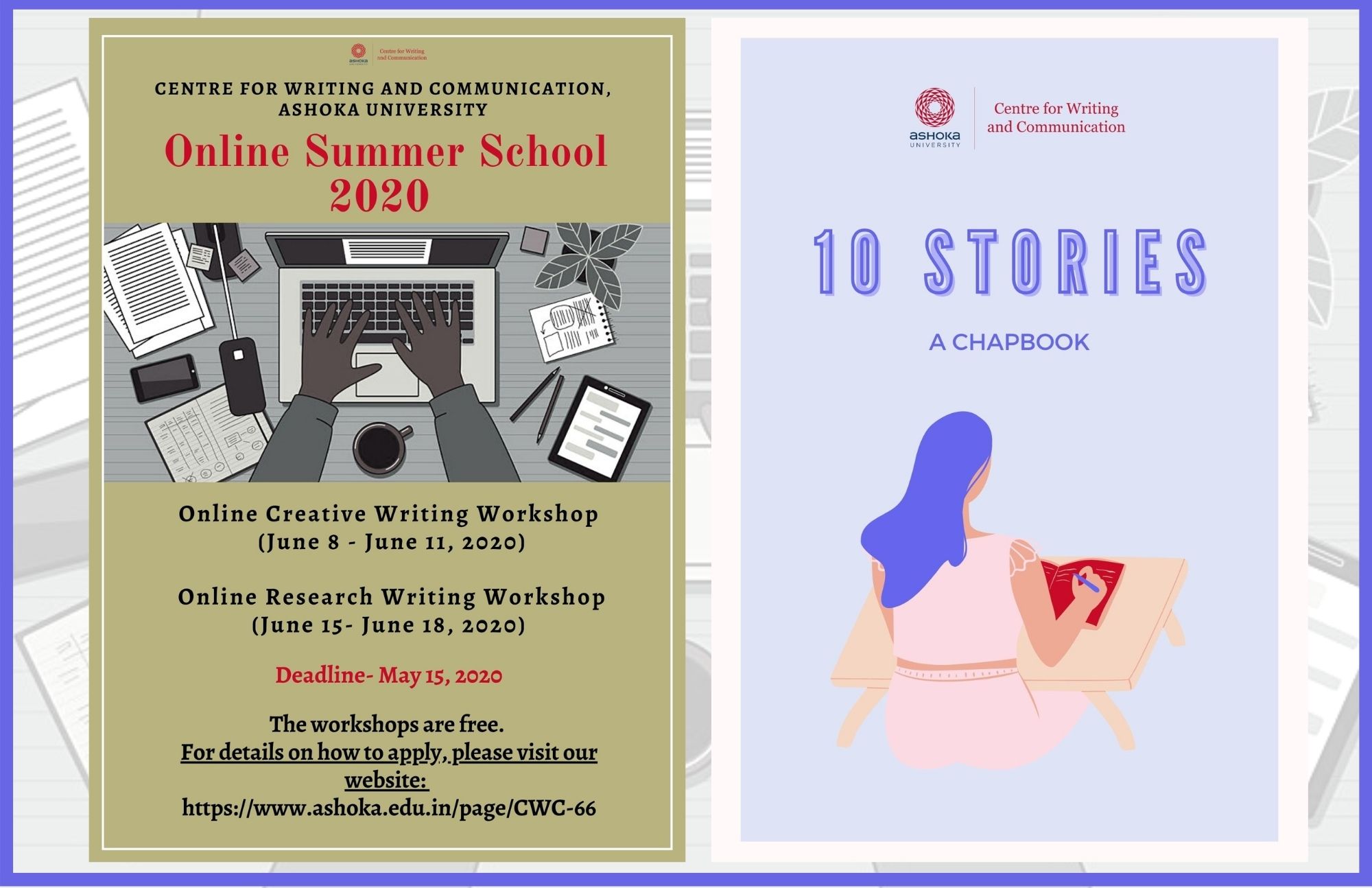