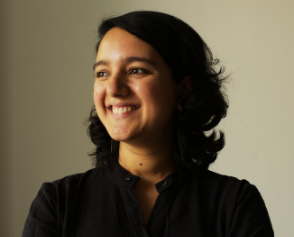 Aditi Sriram runs the Undergraduate Writing Program at Ashoka University, whose principal offering is “Introduction to Critical Thinking”. She began at Ashoka in 2016 and has taught a range of academic writing and creative writing courses, and has especially enjoyed mentoring Creative Writing thesis students, some of whom have gone on to win fellowships to American Creative Writing programs. She is also helping develop Ashoka’s English Language program, which supports students whose native language is not English.

Prior to joining Ashoka, Aditi taught College Writing and Creative Writing at State University of New York (SUNY) Purchase for two years. Aditi has also directed and taught creative writing programs for high school students all over the US. She pursued graduate studies in Creative Writing at The New School, before which she had worked as a consultant for Accenture in New York City, and earned a bachelor’s degree in Mathematics and Economics from Columbia University.

Her first book, Beyond the Boulevards: A Short Biography of Pondicherry, was released in March 2019, as part of Aleph Book Company’s series on Indian cities. In addition, Aditi freelances for several publications including The New York Times, The Atlantic, The Washington Post in the US, The Guardian in the UK, and Outlook and Scroll in India. For more details, visit www.aditisriram.com.

#AshokaBookTower – ‘Beyond The Boulevards’ – Inscribed by Prof Aditi Sriram, the book takes you on a journey to explore Pondicherry in its truest form