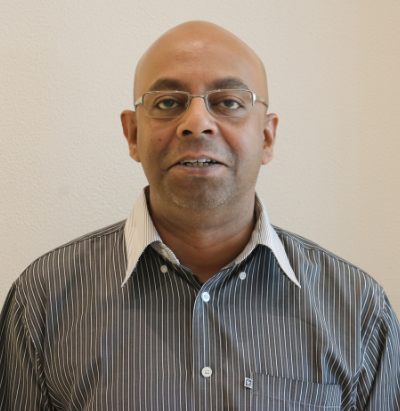 Dr. Anirban Mondal is an Associate Professor of Computer Science at Ashoka University. He has a Ph.D. in Computer Science from the National University of Singapore, an MBA from the University of Massachusetts Amherst (UMass) and a B.Tech. (Hons.) in Computer Science & Engineering from the Indian Institute of Technology (IIT) Kharagpur, India. During the past 18+ years, he has led multiple key projects for envisioning, designing and architecting end-to-end systems in domains such as urban informatics (smart cities), spatial databases and financial analytics. His technological expertise coupled with his business capabilities as well as his ability to create a big vision and execute it to completion in diverse multi-cultural settings make him an exciting innovator.

His research interests include big data analytics, mobile and ubiquitous data management, incentive-based mobile crowdsourcing, spatial databases, database indexing, Big Data, IoT, distributed databases and large-scale data management in distributed systems such as P2P environments. He has an established reputation, key presence and high visibility in the international research community and contributes pro-actively to local research communities as well. He has numerous publications in key conferences/journals and is actively involved as a PC Chair/Co-chair, PC member, journal reviewer as well as keynote/tutorial speaker at reputed international conferences/workshops. More recently, he has served as the General Chair for BDA 2020, and he is serving as the one of the General Chairs of DASFAA 2022. He has a proven track record in establishing international research collaborations. His research collaborations include prestigious Universities in Japan, Singapore, USA, Canada, Australia and India.

He has extensive work experience in both academia and industry. His work experience includes 7 years as a Research Associate at the University of Tokyo (Japan), 3+ years as an Associate Professor at the Indraprastha Institute of Information Technology Delhi (IIIT Delhi, India), and 3 years as a Senior Research Scientist at Xerox Research Center India. He has spearheaded industry research projects in domains such as urban informatics and finance, leading to four granted patents by the USPTO (US Patent and Trademark Office) as well as several patent filings. He has also been a Fellow of the prestigious Japan Society for Promotion of Science (JSPS) as well as an ACM India Eminent Speaker.

The goal of this project is to provide a visual tool both for the public, and for administrators and planners charged with improving air quality. The tool will allow the public to assess in real-time the air quality around them, and work with their local representatives and government officials to take steps to improve their local air quality. The final product will also be an easy-to-use tool for state, regional and local administrators and planners to evaluate various scenarios for improving air quality, the impact of various interventions on air quality, by performing what-if analyses, and achieve SDG targets related to improving public health through improved air quality.

COLOURS is a personalized cognitive computing and social sensing based tourist assistance information system for creating a highly enhanced and immersive tourism experience in India. COLOURS collects hyperlocal information from local people, experts and historical/cultural documents to build a cognitive knowledge base.