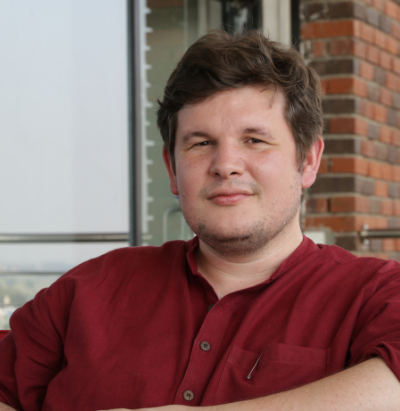 Gilles Verniers is Assistant Professor of Political Science at Ashoka University and Co-Director of the Trivedi Centre for Political Data. He joined the faculty of the Young India Fellowship in 2012, and coordinated two courses titled ‘the BRICS course’ and ‘Governing the Indian Metropolis’. He is currently teaching the course “Making Sense of Indian Elections”.

His research interests include electoral and party politics in India, the mechanisms of representation and participation in Indian politics, Indian regional politics, democratisation in South Asia, the sociology of elected representatives and other public elites, controversies and problems in India’s democracy, identity politics and the intersections between gender and politics in India.

As Co-Director of the Trivedi Centre for Political Data, Gilles leads a number of research projects and data building efforts on contemporary Indian politics.

Gilles completed his B.A in Economics, Social and Political Sciences from the University of St. Louis, Brussels in 2000. He earned his M.A. in Political and Social Sciences with a specialization in International Relations from the Catholic University of Louvain (UCL), Belgium in 2004. He is a graduate from the Hoover Chair in Social and Economical Ethics, UCL. He completed his M.Phil in Comparative Politics and Societies with a specialization in Asia from Sciences Po in 2005. He completed his Ph.D. in Political Science from Sciences Po, affiliated with the Centre for International Research and Studies (CERI), Sciences Po. He is an Associate Researcher at the Centre de Sciences Humaines, New Delhi, Senior Visiting Fellow at the Centre for Policy Research, New Delhi, and is a Non-Resident Visiting Scholar at the Centre for the Advanced Study of India (CASI), University of Pennsylvania.

In the past, Gilles has been a visiting scholar at the Institute of International Studies, University of California, Berkeley and a part of several research projects including a project on the visuality of Democracy funded by the Alliance Program at Columbia University, co-coordinator on a project on the sociology of Representatives in India conducted jointly by Sciences Po, LSE, King’s India Institute, JNU and Ambedkar University Lucknow, as well as a project on the Social Profiling of MPs and MLAs funded by Sciences Po, on which he serves as a co-coordinator along with Prof. Christophe Jaffrelot.

Before joining Ashoka, he served as Sciences Po Paris’ Representative in India, in charge of student and faculty mobility and academic cooperation with various Indian partners. He came to New Delhi in 2005 on a French embassy to India lectureship, teaching French at Jamia Millia Islamia.

A simple win won’t do, BJP needs another sweep in UP

A simple win won’t do, BJP needs another sweep in UP

What’s at stake in the U.P. Assembly polls? | In Focus podcast

What’s at stake in the U.P. Assembly polls? | In Focus podcast

Christophe Jaffrelot and Gilles Verniers Write: BJP and Caste is Like Old Wine in New Bottle

Christophe Jaffrelot and Gilles Verniers Write: BJP and Caste is Like Old Wine in New Bottle