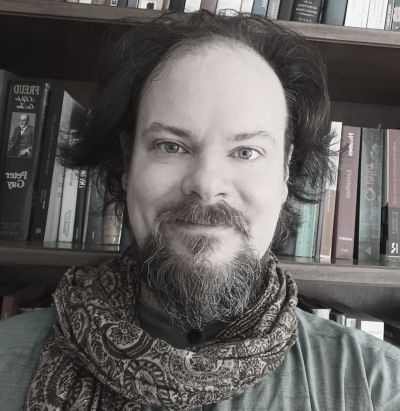 Raja is convinced that experience can be shaped by background beliefs, values, and other cognitive and non-cognitive states and explores the implications this has for the role of experience both in theoretical and practical philosophy, but also in areas that go beyond philosophy and in which experience is credited with an important role. He is currently working on a essays in epistemology and philosophy of mind as well as on a book that ties together pretty much all his interests through the lens of Iris Murdoch’s work.

Since 2019, Raja has been serving as Associate Dean of Academic Affairs (ADAA). OAA-related queries that cannot be handled by the OAA team should be sent to adaa@ashoka.edu.in.

Since July 2021, Raja has also taken on the role of Head of the Philosophy Department. He will serve in this role for one year and then be on a one-year sabbatical, starting in Monsoon 2022.

Apart from philosophy, Raja cares most about his wife and his twin girls, is interested in Āyurveda, likes to cook (vegetarian), listen to music (Jazz, World Music, Indian classical), and to play music. He also has a passion for learning languages and as rumour has it, he tries to pick up a new one every other year or so.