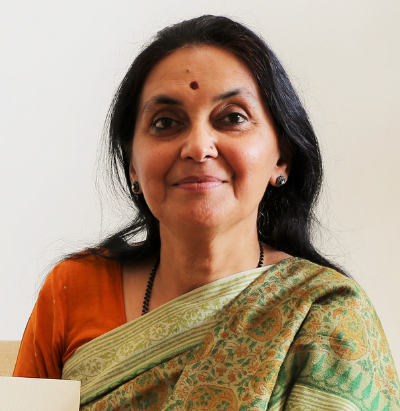 Vanita Shastri is Dean of Global Education & Strategic Programs at Ashoka University, India. In this role she leads all International partnerships and develops prospective institutional partners, manages all study abroad and student exchanges. She also leads all summer programmes including the summer semester and educational programs for high schoolers like the Young Scholars Programme. In addition, she collaborates with different stakeholders to lead outward facing enrichment programs at the university.

Prior to this she was the Founding Dean of the Undergraduate Programmes at Ashoka University in which role she built the undergraduate programme, put end-to-end processes and systems to help establish an outstanding undergraduate student experience. She steered Ashoka’s first batch of students from their first year to convocation. She brought global best practices to Ashoka and has managed and mentored various teams at Ashoka.

Previously she was the Executive Director of TiE-Boston, the second largest chapter of TiE (The Indus Entrepreneurs) that fosters entrepreneurship globally through mentoring networking and education.

Vanita has a Ph.D. from Cornell University and has taught at Boston University, University of Massachusetts and Wellesley College. She has also been a policy consultant at Harvard University, where she wrote a number of policy papers, including one on the ‘Software Policy of India’ for the Government of India. Vanita was part of the founding team at Redwood Investment Systems, Inc. where she set up their wholly owned subsidiary in India and directed their global operations.

Vanita is an educationist, an entrepreneur and an artist. She has founded two non-profit organizations, including the Meru Education Foundation in USA and the Habitat Learning Center in Delhi in India. She is the author of two books, The Salem India Story and a co-edited book called, ‘Social Responsibility and Environmental Sustainability in Business.’ She is also a trained Indian classical dancer.