The Economics Department is delighted to announce a lecture by Professor Oliver Hart, co-recipient of the 2016 Nobel Prize in Economics on "Overcoming Contractual Incompleteness: The Role of Guiding Principles. The lecture is on January 24, 2020 at Dr. Reddy’s Auditorium, Ashoka campus. 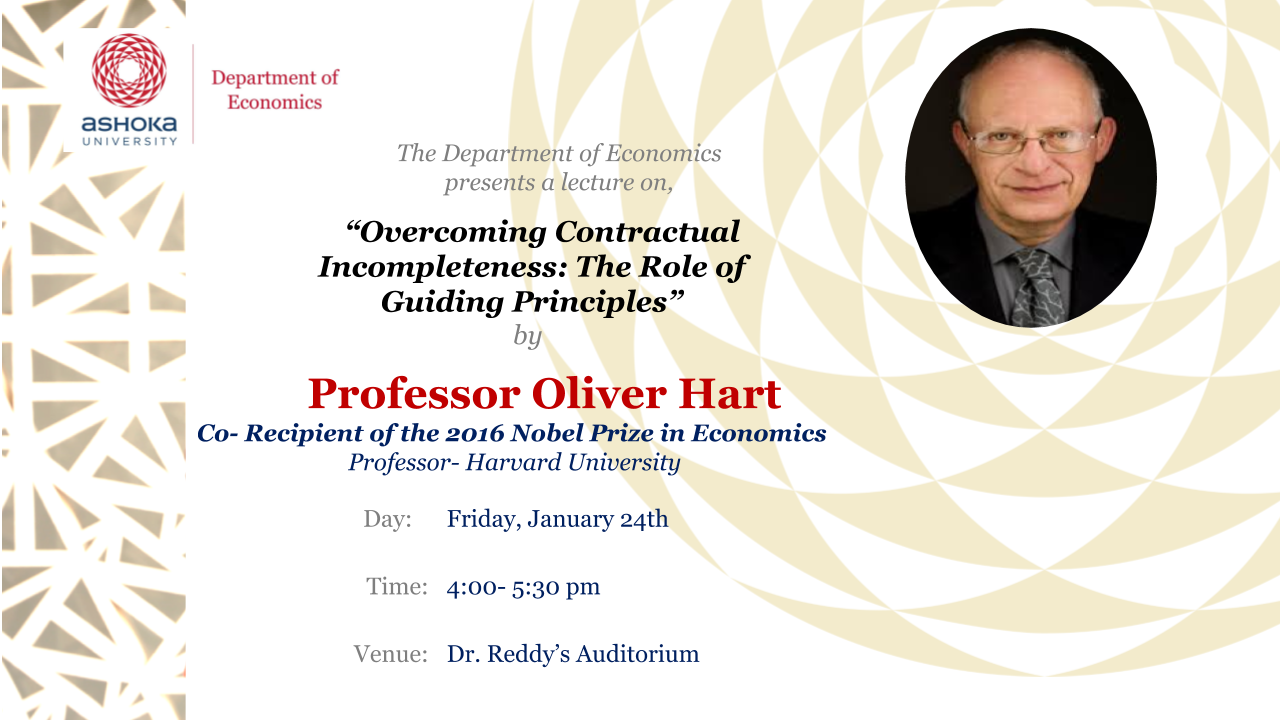 Professor Hart is also giving a lecture at the India International Centre (IIC) in New Delhi on January 23, jointly organised by INET and Ashoka University.