Why Global? Transnational Histories and Methods

Ever since its institutionalisation as a university discipline in the course of the 19th century, history — along with the vast majority of social sciences — have been entrapped in “methodological nationalism”, the assumption that nations are the natural units for study, thus equating society with the nation-state, and conflating national interests with the purposes of the social sciences. Questions thus very often get reduced to explanations limited to national parameters without taking account of broader dynamics and relations. In the context of nations that gained independence from European colonialist in the post-WW II era, Postcolonial Studies have sought to engage with this nationalist framework by attempting to situate their histories especially during the colonial period as a process of resistance to European imperial domination and imposition of the latter’s outlook and values. However, a number of questions and issues are thus blindsided in this systematically agonistic perspective, or for that matter in its opposite, a free-flowing diffusionist model based on a simple-minded Whiggish model of progress.

This course looks to go beyond this double-bind in order to examine a whole swathe of historical questions — migrations; the administration of imperial spaces; scientific, technological and cultural transfers; the formation of globalised elites; the construction of knowledge through processes of intercultural interaction … just a few examples of phenomena that traditional national historiographies are not tailored to confront. Based on case-studies from early-modern and modern history, this course will present and discuss different historiographical approaches to transnational and global processes, their fields of applicability, as well as their limitations: diffusionism, comparativism, connected, entangled, circulatory and cross-roads history, to name some of them. This course is ideally suited to students in the humanities and social sciences.

Nancy L. Green, The Limits of Transnationalism (Chicago: The University of Chicago Press, 2019).

Gananath Obeyesekere, “British Cannibals: Contemplation of an Event in the Death and Resurrection of James Cook, Explorer,” Critical Inquiry, 18, 4 (1992): 630-654. 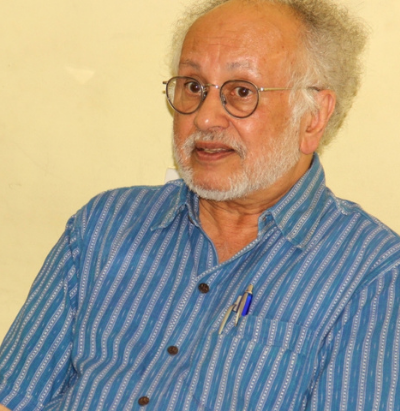 Visiting Professor of History and History of Science, Ashoka University