On a quest of Truth, Love, and Friendship & other matters with Prof. Simeon 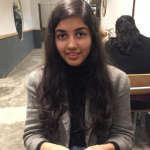 “What is a Revolution?” asked Prof. Simeon. He went on to answer the question himself. He told us that if you look at the exact definition, it means returning to the same position from where you began, just like Earth revolves around its axis. Through this, he taught us the paradoxical legacy of the French and the Russian Revolution, making us wary of desiring quick changes and violent solutions. He always asked us to keep the dictionary nearby and go through the history of the word. Before uttering a word, it is essential to first understand its development over the years. Words such as secular, radical, and revolution became more apparent as the lectures progressed and altered the way we looked at their usages.

A typical class started with initial comments by Professor Simeon using citations from different sources, and of course, his own thoughts on matters at hand. Often, he would get up to pick a book or two or three or four (he has many books) to share with the class using the citations to persuade us to pick up the book to understand the nuances of the subject. We found ourselves in awe of his collection, and we would often discuss after class: who would inherit this gold mine?

Totalitarianism, extremism, and ideologies are three concepts that we have found lurking all around us: in the media, politics, conversations with friends and family. However, we had never engaged in an in-depth study of their implications, historical precedents, and bearings on contemporary political life. Prof. Simeon’s lens was both historical and philosophical that made us ask morally and ethically charged questions about the truth, the good, the just, and the evil. However, this view was not forced upon us. We were given enough tools to reach these questions ourselves. There were no easy answers either, the questions remained unanswered and led to more questions, but in that process, we began to understand the world around us better.

Totalitarianism is different from tyranny and despotism, it has a total and all-encompassing character, it pervades even speech. The emphasis is on the military, both organizational and ideological, and propaganda assumes growing power. Prof. Simeon maintains that “Ideology is a form of silence.” Silence not in the literal sense but succumbing to an ideology so much that the follower accepts the norms laid by an ideologue to the extent that s/he operates within the bubble essentially with marred thought and irrational dialogue. The silence also means utter disregard for the reason and the unreasonable verbal war that the person engages in within the bubble constructed around him with the help of propaganda devised and designed by the ideologue. From inside the bubble, the world looks exactly like the ideologue portrays it to be. The notion of truth and the individual capability to reason and arrive at a truth disappears. In short, since every aspect of life is intertwined with the thought, and the ideologue controls the thought, every aspect of life is marred by the rules set by the ideologue. A person who‘s enamored by ideology “loathes the present, romanticizes the past, and yearns for the future.” This constructed alternate reality and the drive to reach an unattainable utopia becomes a justification for violence and suffering in the present. Professor repeatedly asserts, “Ideology promotes the erosion of natural empathy.”

The class does not end after a typical two-hour session, it is followed by a one-hour discussion session. The topics of discussion range from, for example, questions about the lecture delivered that day to metaphysical speculation on the concept of the good. Most of the time, the discussion session extends well beyond the time, and it is a perfect space to know the thoughts of other students, and how others’ interest in a particular topic could potentially raise interest in us to take it upon ourselves to conduct a study on our own. One of the most significant resources you come across is the google drive library which contains more than 500 titles for both courses. The collection includes a wide range of articles and books on various topics covered in the course.

The professor’s blog is an indispensable asset, for it contains his opinions on various issues. It also has valuable information regarding the discussions we do in the class, be it on love, be it on friendship, or something as interesting as the recipe for a Christmas rum cake. The recipe is particularly interesting, and each step needs to be followed precisely, including the hiccups. Our attempt at making it was a success because we don’t remember how it tasted.

Both the courses: “Totalitarian century?” and “The Ideology Seminar,” had extra sessions to address philosophical concerns raised by the fellows during the class or during the email correspondence with the professor. Prof. Simeon says, “Philosophy begins with the feeling of strangeness.” To acquaint oneself with the strangeness and the unease that is the product of experiencing new ways of looking at things, and since some of the historical and contemporary issues pertaining to philosophy, politics, and life, in general, require discussion beyond the class time, the professor was always willing to take an extra couple of sessions to address the specific issues. However intense and intellectual the topics at hand are, at the end of the day, Prof. Simeon says, “Laughter, love, and curiosity can undermine totalitarian regimes.”

Among many discussions with the professor, we vividly recall the discussion on truth and postmodernism. He asserted time and again that there is a distinction between truth and perspectives. The reduction of truth to interpretation is the case with postmodern thought, he says, has rendered reason impotent. This attack on reason implies the attack on the ability of a human being to differentiate the good from the bad. Having said so, he neither wanted us to take a stand nor agree with him. He always says, “You can reason, the resources are available, and you should find it for yourself however much unease the whole exercise puts you in.”

In many ways, both “Totalitarian Century?” and “The Ideology Seminar” are cautionary in nature. They caution the students to first understand the multiplicity of the world and delineate how a single theory that claims to understand all its problems and give all their solutions is bound to be reductive because such multiplicity cannot be reduced to one truth proclaimed by the ideologies. We were also cautioned against the perils of extremism of any form and every shade there is, to not get lost in the revolutionary catechisms and to make sense of the world on our own. He used his own life’s journey to teach us lessons that he had learned the hard way, and the stories harking back to his ‘revolutionary days’ provided fertile ground for such lessons.

It was a difficult year for all of us. The interaction between fellows was challenging; however, as time passed, people devised their own ways to interact. Having said that, it was difficult for both of us, who are introverts and strange beings in general. During the Totalitarian century? We found that we have similar interests and are exploring the notion of truth, goodness, and human nature, to mention a few broad categories, as was evident through our questions in the class. We eventually decided to meet, and the discussions continued on various topics and disciplines from term 2 to term 8. Both of us have become best friends and value the experience as a crucial part of the fellowship. We know Professor Simeon and each other as only a pixelated Zoom box, but we think we did what we could do as fellows to get the most out of the fellowship and this course.

All in all, the two courses can be the defining courses for you to quench your intellectual curiosity and begin your own intellectual journey. Combined 40 hour class time indeed has the potential to do that. Time and again, it has been proved to be true. Now that both the courses have ended, we are left with the digital library, the blogs, the notes, and Prof. Simeon on email. These are enough for us to continue our learning and make sense of the questions we continue to grapple with.

Take it easy for a little while

Come and stay with us

It’s such an easy flight

When Alex Turner used these lyrics on the song Four out of Five, to be honest, it did not make much sense, for what is art if it did not emanate certain feelings in you. However, when we collaborated to write this piece, the lyrics made sense. We are in the middle of a pandemic. Everyone’s experiencing confusion and anxiety regarding the situation, and we’ve promised each other, even when we are hundreds of miles away, to support each other in any way we could. Although we are sad about the ongoing situation, we thought we should hang on tight to see it off. This view strengthened us to do things collectively since collectivism in any sphere has the potential to lift spirits. We are glad that it worked among us. It was a valuable addition when we were asked to write about subjects we like, for it’s just another space where we can be together and work on something we like a lot.

I think the lyrics by Alex Turner say it all. When we are together unexpected and cute little things pop up that have a purpose to get the best out of us irrespective of the situational factors and circumstances.