Pitfalls and pitstops of my well-being journey so far

When I was approached for this article, my first reaction was to laugh it off and wonder if there was some mixup in communication but as I sat down to put my thoughts to paper, it dawned on me that perhaps the very reason I dismissed this idea initially is the exact same reason I should be writing this piece - being a work-in-progress matters. Read on… 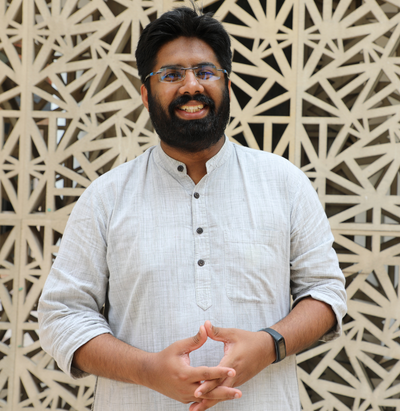 Mental health was never a topic of discussion at home while I was growing up. Sometime in high school, I remember a counsellor being introduced during the morning assembly and that was it. I would pass the “Counselling Room” while walking across the corridor and wonder what transpired within those walls. It was during my undergraduate years that I first met someone who openly spoke about their psychiatric medication. Over the next few years, I’d come to realise my own self-harm tendencies and acknowledge the trauma I carried with me.

So, when I eventually arrived at Sonipat in 2017, I believed that I was fairly well-versed in the topic. It definitely was quite heartwarming to see how well-being was foregrounded from week one starting with the ACWB introduction. It was so inspiring that I was at the Centre for an appointment in the very next slot I could find.

The conversations with my counsellor and interactions with my peers within the fellowship made me realise that I had barely scratched the surface of this nuanced domain. The everyday nature of mental health discourse at Ashoka was definitely a departure from the private exchanges I was used to previously.

As I transitioned from being a student to a staff member, the buzzword on Plot No 2 was definitely self-care and it has continued to be so to date. But it was only last summer when a colleague shared an article that made me question the popular perception of this important life lesson. Both on professional and personal fronts, it was important for me to be aware of the distinction that Deanna Zandt highlighted considering how easy it was to confuse the two. It also played a significant role in drawing my attention to how the community and larger structures are crucial to building an effective well-being framework for any environment.

The last few months have been hard for me as work fatigue and strained interpersonal relationships often meant sleepless nights on the trot. But for the few wonderful people I have found at Ashoka, it would have been impossible to even attempt to work through the issues. Their encouragement has helped me realise how important it is to establish healthy boundaries and have difficult conversations in a timely manner.

As my therapist reminds me regularly, we are all beings of emotion and there are no right or wrong feelings. But it isn’t easy to remember this always and I falter often, letting down everyone else but especially my own self. I find myself wondering if this is even worth it if being better only means hardships and heartbreaks. Then I remember my cheerleaders, each of them struggling with their own demons, but equally affirming my honest efforts and calling out my improper transgressions.

When I was approached for this article, my first reaction was to laugh it off and wonder if there was some mixup in communication. When I finally sat down to type this out, it dawned on me that perhaps the very reason I dismissed this idea initially is the exact same reason I should be writing this piece – being a work-in-progress matters.

Before I close I do want to acknowledge the many privileges that my gender, class, and caste identities accord me and how an intersectional approach to well-being is the need of the hour. I am grateful for this opportunity to share my thoughts with you and look forward to building a community that does not shy away from its vulnerabilities.

(Geo Ciril Podipara is a Manager with the Office of Student Affairs at Ashoka University. He is a former Young India Fellow from the Class of 2018.)

Beyond Binaries and Identities: Rethinking Gender and Sexuality via the CSGS Workshops

Multiplicity as an ethical imperative