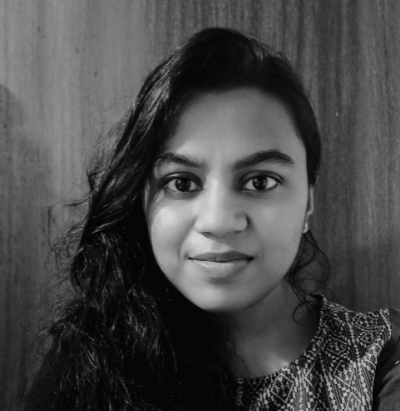 It would not have been unusual for Shirley to acquire a general sense of apathy given that she grew up in Mumbai. She, however, found the city’s staggering inequality to be fundamentally upsetting. Determined to advocate for justice, she decided to pursue law, despite being cautioned that her small height could affect her career prospects. On graduating, she joined International Justice Mission (IJM), Delhi as a legal researcher. Thankfully, her office had ergonomic chairs that allowed for height adjustment.

At IJM, she worked on the issue of bonded labour, with her primary functions being research, supporting system reform initiatives and capacity building of government officials. Her biggest moment of joy came when a training manual she drafted was co-published with the Department of Prosecution, Telangana.

Through the Young India Fellowship, Shirley aims to assimilate, and engage with, several new ideas and approaches. She hopes to then use this knowledge to design sustainable and holistic interventions aimed at reforming the public justice system in India. When she is not engaged in passionate debates with people about political ideas, she is consuming content that will prepare her for a future debate. She also has no qualms about badgering people to support independent media.