Yoknapatawpha along the Yamuna

Johannes Burgers pens a moving portrayal of his work on Nobel Laureate American Writer William Faulkner’s Yoknapatawpha fictions and connects it with his days in Ashoka, and how “knowing a place is really just a story you tell yourself.” 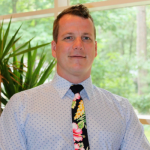 This is embarrassing. I have spent a significant part of my life mapping a place that does not exist. For nearly a decade, I have been working on the Digital Yoknapatawpha project. This project is an international collaboration between more than two dozen scholars and technologists who are encoding all of the characters, locations, and events in William Faulkner’s Yoknapatawpha fictions.

Based on his hometown of Oxford in Lafayette County, Mississippi and totaling 54 short stories and 14 novels, Faulkner’s saga traces the lives and times of an interwoven cast of characters from the early nineteenth century to the mid-twentieth century. He spent most of his thirty-year writing career building the fictional town of Jefferson and the surrounding Yoknapatawpha County, and we, at the DY project, are on track to spend at least half as much time re-creating it in digital form. Featuring interactive deep maps, advanced data visualisations, documentary and aural archival materials, sophisticated relational searches, and a robust scholarly commentary, the site is one of the most comprehensive single-author resources available on the web (http://faulkner.iath.virginia.edu/). It is also absolutely free.

Unremarkably, maps of imaginary places have limited immediate use value, but they can tell you a surprising amount about how people create the world around them. Places are deeply embedded in narrative. True, we can use all sorts of reference systems – an address, GPS coordinates – to indicate where a location is, but it is not until we attach a name, an environment, and people to those locations that they become legible and meaningful. Your house address is a location, your home is a place. Fiction is similar. An author reserves a name – Atlantis, El Dorado, Orbis Tertius – and tells the stories that make that a place, even if it could never have existed.

Mapping fiction teaches us that while the world appears to us a coherent whole, it is, in fact, a far more fragmented and contradictory place. Locations in Faulkner are not stable. The rivers hop around on the map, houses shift from story to story, and distances between places are sometimes only a walk, and at other times a day’s a mule ride. Faulkner, I should note, received a Nobel prize for literature and not cartography. Remarkably, even the most assiduous readers are not all to bothered by this. We can gloss over inconsistencies in fictional worlds precisely because we can navigate spatial ambiguity in the actual world. Depending on who asks, Ashoka is in Delhi or Sonipat, you might know your favorite restaurant because it is near your favorite bookshop, or something might be close or far depending on the day, the traffic, the weather, or even the person you are meant to meet. Our language is littered with innumerable uncertainties about what is where and how to get there. Yet, we get around. We arrange the network of locations that constitute our spatial experience into a coherent whole.

An example. In normal times, I ask my class their weekend plans. Inevitably, they want to go to Delhi. When I ask them what Delhi means, the response is predictable: Majnu Ka Tila, Chandi Chowk, CP, Khan Market, Green Park, Hauz Khas, or maybe as far as Saket. There are significant demographic and commercial differences between these spaces, but they are all part of one unified version of Delhi: places on the metro’s yellow line within an hour from the campus shuttle stop at Jahangirpuri! Their conception of the city is actually a very narrow strip of places determined by commuting times. Yet, their experience of Delhi is no less complete, and feels coherent precisely because space is being unified to their relative position.

In as much as narratives of places help us organize them, Faulkner also reminds us to be critical of these stories. The story the South tells itself after the American Civil War justifies a racial apartheid regime. The stories the North tells about the South mask the silences in its own past. Faulkner asks us to question why we call some places good neighborhoods, others bad neighborhoods, why people in certain states are “those types” of voters, and why whole entire nations we only know from maps, news, TV, and the internet might become either friend or foe based on the stories we have been told. Whether it is in Yoknapatawpha or along the Yamuna, knowing a place is really just a story you tell yourself.

Johannes Burgers is an Assistant Professor of English and Digital Humanities at Ashoka University. The views expressed are his own.

Philosophy as a vehicle for self-understanding