This course offers a social history of the institution of the museum in South Asia, and critically examines the politics of representation through it. Here, museums are considered as a tool of cultural and political domination through knowledge production and the creation of authoritative pasts. We explore the history of museums in the context of colonial rule, the rise of independent nation-states, and the heritage and identity politics of contemporary South Asia. How did museums emerge in South Asia? What are the different museum forms in the region? Who is making them, why and when? What is their notion of heritage and whose heritage do they represent? A history of museums in South Asia is especially interesting as the region has a history, simultaneously, of a shared culture and of competing interests among its constituting national and social groups. We discuss examples of museums from Pakistan, India, Nepal, Bangladesh and Sri Lanka, and examine the dynamic ways in which politics, identity, religion, memory, history and heritage interact in the institution of the museum.

Theme 2: The Birth of the Museum in the West

A brief overview of museum collections, as they emerged in Europe: cabinets of curiosity, Renaissance collections, princely collections during the age of explorations and through colonial activity, and during the emergence of nation-states. We particularly explore the role of museums in generating knowledge, as a tool of domination of non-western cultures, and a medium of creating a ‘national’ public in western societies.

This section discusses museum activity in South Asia during colonial rule. How were the people and material culture of South Asia collected, classified and exhibited under colonial rule? We critically examine the collections amassed by colonial officers; the earliest museum collections of natural history, religious and archaeological artefacts; the formation of the Indian Museum, Kolkata as a grand project of the colonial government in India; the growth of the institution of the museum in relationship with the practice of archaeology; and the role of the colonial museum, in the political economy of the industrial exhibitions and world fairs in 19th century Europe. The case studies include the Indian Museum, Kolkata, the Lahore Museum, Pakistan, provincial museums in South India, representations of the Andaman Islands, and colonial collecting in Tibet.

Besides the colonial rulers, a number of museums were developed by local scholarly societies (such as, the Bangiya Sahitya Parishad active in the Bengal region), and princely states like Baroda. These collections, on the one hand, made use of western ‘scientific’ practices of scholarship, collection and display, and on the other hand, were used by the local scholars to forge a regional identity and a national heritage, often challenging the colonial notion of the Indian past.

This section explores the history of museums in context of transition of South Asia, from a region under colonial rule, to a number of independent nation states. How did the South Asian countries envision their respective ‘national’ museums? How were museums used to forge new and distinct national identities and heritages? What aspects of a nation’s history were glorified and which memories suppressed? This is especially discussed in relation to varying representations (or the lack thereof) of the region’s common past, such as the Buddhist heritage in Pakistan and India, the Islamic past shared by Pakistan, India and Bangladesh, and the Partition in 1947. We also study museums in context of contemporary identity politics within the South Asian countries. Which museums in contemporary South Asia which challenge the national narrative of their respective nation-states? Who is building these and why? How do the marginalised and displaced communities use museums to preserve social memory and represent their heritage?

Many collections in museums both in South Asia and the West consist of items which have religious value for the communities to which they belong. This section examines the interaction between religious practices of South Asian communities and the institution of the museum. How do religious objects get transformed into ‘secular’ artefacts in a museum? How do audiences respond to religious objects in museum displays? Are museums on religious history possible? Can museums also be sacred shrines? How do religion and history interact in an ‘objective’ and ‘secular’ museum space? We discuss these questions through an examination of Sikh museums, the practice of yoga in museums, and Buddhist relics and Hindu deities in museum collections. 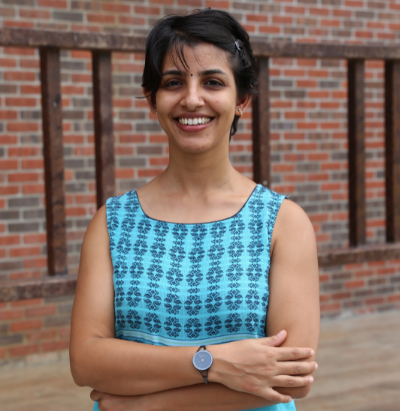