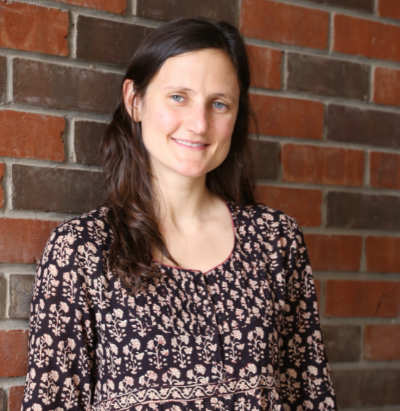 Alexandra Verini is Assistant Professor of English at Ashoka University. She earned her Ph.D in English at University of California, Los Angeles (UCLA) in 2018. She also holds an M.A. in English from Columbia University and a B.A. in History of Art from the Courtauld Institute of Art.

Professor Verini has published her work in academic journals such as Medieval Feminist Forum, English Studies and Feminist Studies. In addition, her writing has appeared in publications for broader audiences including The Los Angeles Review of Books and The Hairpin.

She leads the digital project Early Women Writers, which catalogs and maps women authors around the world between 500 and 1500. The project is expanding to include women writers in the Indian subcontinent.

Her current book project, New Kingdoms of Femininity: Medieval and Early Modern Englishwomen’s Utopias, makes the case for the vitality of women’s utopian thought in the pre-modern era. The book argues that these feminotopias deviate from the static representations of place found in canonical male-authored utopias and instead imagine utopian worlds that are constantly mobile and open to change. New Kingdoms shows how that early women reworked the genre of utopia (etymologically “a good place that is nowhere”) to articulate alternative models of female friendship, community and selfhood.

Professor Verini is currently the recipient of the Andrew W. Mellon Foundation grant, under the Governing Intimacies Project.