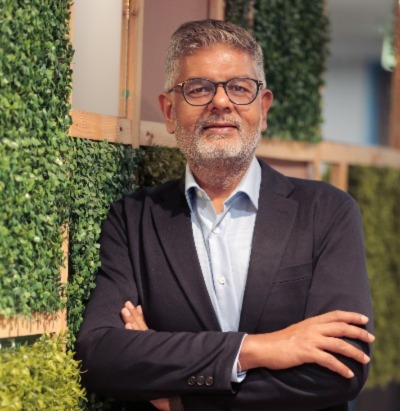 Dhruv Agarwala is the Co-founder and CEO of REA India, the owner of digital real estate platforms Housing.com, Makaan.com and PropTiger.com. The company operates the country’s only full-stack digital platform that supports consumers in their home-buying journey, all the way from search and discovery to transaction closure, through a variety of channels and assisted services.

A serial entrepreneur who is one of the pioneers of the proptech industry in India, Dhruv has been instrumental in starting successful ventures across a wide spectrum of domains, including education, mining and fintech. Dhruv co-founded PropTiger.com in 2011, with the objective of making the home-buying process transparent and simple for consumers in India. After the early success of this brand, the company under his leadership acquired Housing.com, Makaan.com, Out of Box Interactions, 3DPhy, and FastFox to expand its footprint in the digital real estate domain.

Credited with transforming the position of his home-grown company into a leading brand that is now owned by the REA Group along with global communications giant NewsCorp, Dhruv spearheaded a movement that resulted in REA India’s entry into the top league. In the past, Dhruv has been the CEO of General Electric’s (GE) infrastructure business in India and has also led the Institutional Sales function for GE in India. Prior to that, he held multiple senior positions with the company in the US. Dhruv left GE in 2006 to start his entrepreneurial journey in the internet space, co-founding iTrust Financial Advisors, an online financial advisory company, which was later acquired by Karvy.

An avid supporter of the entrepreneurial ecosystem in India, Dhruv has also been supporting startups in the capacity of a mentor, an angel investor and an advisor. Dhruv is also a firm believer in building and sustaining long-term relationships. This philosophy is reflected in his consistent support to many of his former colleagues as they launched their new ventures.

Dhruv is an alumnus of Northwestern University and Stanford University, where he completed his bachelor’s and master’s degrees, respectively, in Materials Science and Engineering. He also holds an MBA from Harvard Business School.