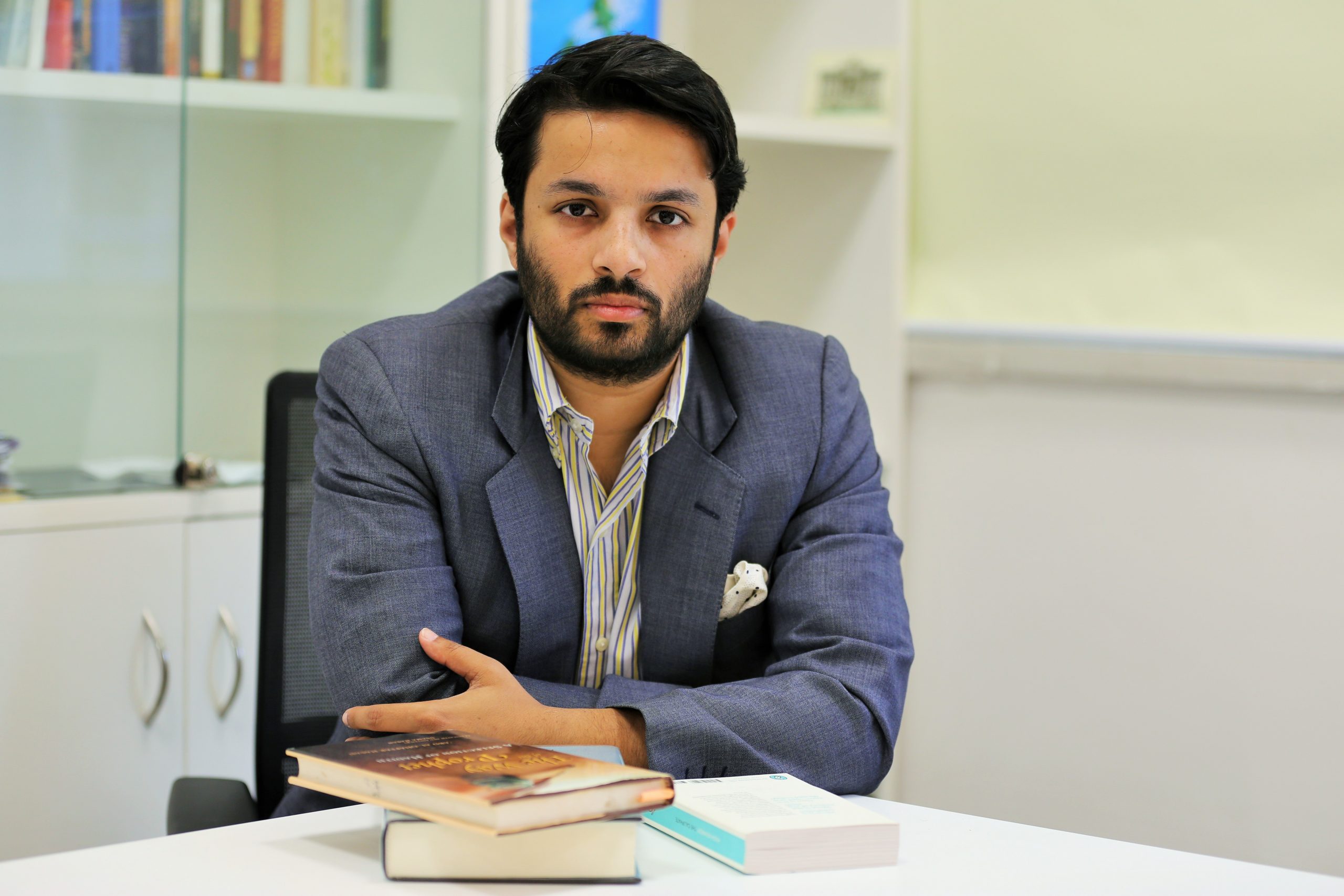 My most recent specialisation has been on Muslim South Asia, including its corresponding networks and connections in the wider Muslim world. However I continue my research interests in the greater Middle East/ West Asia. I conduct research in a number of languages in including Arabic, Persian and Urdu. I have consistently written for newspapers and magazines in English and Urdu for the past 6 years and have occasionally appeared on television and radio, as I believe that a wider public engagement is of paramount importance in order to try and spread ideas beyond the academy. In particular, I have focused on matters of religious identity, democracy, culture and politics of both South Asia and the Middle East.

I write under the pen-name Ali Khan Mahmudabad. For the past five years I have also been privileged to be a part of various civil society groups and many of these have focused on the role of religion in democracy, individual and human rights, the rights of minorities, terrorism and security related questions as well as many other issues that have a direct bearing on public policy. In these fora I have had the opportunity and privilege of meeting and working with people from very different backgrounds, including civil society activists, bureaucrats, politicians and journalists, thus enabling me to identify ways in which to seek common ground and facilitate dialogue between people and group interests that otherwise might seem to have disparate interests.

My PhD at Cambridge focused on the formation of Muslim political identity in North India between 1850-1950. In particular the thesis presented a history of the public space of poetry (the mushā‘irah) and a genealogy of the idea of homeland (watan) over these hundred years. Some of the other subjects relevant to my thesis are ideas of citizenship, patriotism, global Muslim identities and their relevance in the articulation and configuration of Muslim ideas of selfhood. Although I explore these primarily in the context of South Asia, most of these ideas are increasingly relevant in all parts of the Muslim world and a prominent part of debates around political reforms and public policy. Previously,  I undertook an MPhil in Historical Studies, also in Cambridge, and wrote a thesis on trans-national Shi‘a Muslim networks in the early 20th century between South Asia and the Middle East.

Before my Mphil, I studied Arabic at the University of Damascus in Syria. In addition to attending classes at the university, I wrote extensively about Syria for various print and online newspapers and magazines and I travelled widely not only in Syria but also in Lebanon, Egypt and Yemen. Since then I have undertaken research and travelled more extensively in the wider region and have spent substantial time in Iran and Iraq amongst other places. I completed by undergraduate degree from Amherst College (MA, USA) with a double major in History and Political Science.

One of the most pressing and widely misunderstood global issues is that of Shi-a-Sunni differences. The terms Shi-a and Sunni are approached as stable and homogenous theological, and therefore historical, categories. Given the current geo-political and social context of the Muslim world in general and the Middle East and South Asia in particular it is necessary to analyse both these categories historically as well as place them in a context that avoids the gross oversimplifications and generalisations that are common not only in the world of international relations and the media but often also in academia.

The research project will seek to locate and analyse Shi-a-Sunni polemics as well as points of convergence over the course of 100 years from about 1850-1950. While focusing on the South Asian context, inevitably this kind of work will also engage with the networks with the wider Muslim world and in particular the Middle East. Throughout our time period there were intellectual, social and religious exchanges between the -ulama, scholars, journalists and poets. For instance, seminaries in pre-partition North India, like the Nadwatul Ulama and Deoband, were receiving newspapers and magazines printed in Egypt and Lebanon.

One of the main outcomes of this study will be to try and establish that Shi-a-Sunni engagements as well as polemics were both firmly rooted not only in their geographic, social and political context but also were framed using a language that reflected these very contexts. In other words the work will seek to illustrate how Shi-a-Sunni discourse not only changed because of the political and social context at the time but was fundamentally affected by the prevalent political language at the time.

For instance in Ahmad al-Amin’s famous 20th century work Dhuhr al-Islam (1945-53) – the third part of a 3 volume history of the Muslim world- the language he uses to critique Shi-ism is one circumscribed by the language of rights, democracy and hierarchy which were in vogue in Europe and had also entered Egyptian intellectual vocabulary at the time. Selections of these writings were then published in magazine form and sent to institutions in India where they were read in the original but also translated.

In Western Punjab, now in Pakistan, anti-Shi-a sentiment was often expressed in terms of class differences as the major landlords and pirs, sometimes embodied in one person, were Shi-a. One of the interesting aspects of Shi-a-Sunni discourse and one, which shall be more fully explored in the research project, is that often the enmity was actually produced by intimacy rather than distance and separation. Thus, it is of note that polemics were often framed by appropriating and using the very symbols and vocabulary, which were sacred and central to the thought of the other.

Not only would this work help in unpacking Shi-ism and Sunnism as epistemological categories in the South Asian context but this would also allow for a richer and fuller understanding of the way in which ideas travel and how the non-religious context effects Shi-a-Sunni discourse as much as theological differences do. Given the increasing sectarian tensions in much of the Muslim world and particularly South Asia, it is hoped that this work will contribute to a more nuanced understanding of Shi-a-Sunni differences and will illustrate how perceived intractable differences are not as homogenous, inflexible and inevitable as they are thought to be.

A Culture of Lynching: Social Media Could Kill You – Literally