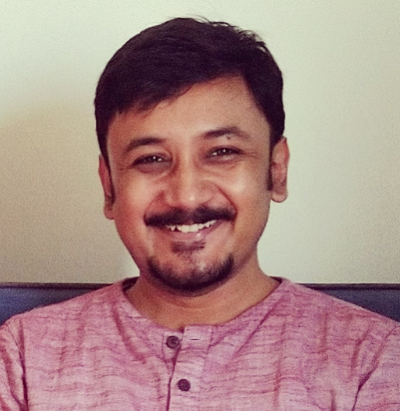 Pratyay Nath is Assistant Professor of History, Ashoka University, and Associate Dean, AshokaX. His research lies at the crossroads of environmental history, military history, and imperial history, with a focus on early modern South Asia. He is the author of Climate of Conquest: War, Environment, and Empire in Mughal North India (Oxford University Press, 2019); and with Kaustubh Mani Sengupta, the co-editor of ইতিহাসের বিতর্ক, বিতর্কের ইতিহাসঃ অতীতের ভারত ও আজকের গবেষণা (Kolkata: Ananda Publishers, 2022). His latest publications include ‘Looking beyond the Military Revolution: Variations in Early Modern Warfare and the Mughal Case’, Journal of Military History 86, no. 1 (2022): 9-31, and ‘What is Military Labour? War, Logistics, and the Mughals in Early Modern South Asia’, War in History 28, no. 4 (2021): 736-754. He is one of the editors of The Medieval History Journal. He writes in English and Bengali.

Nath is currently writing his second monograph, which analyses the military campaigns during the reign of the third Mughal emperor Akbar, and their roles in the overall process of empire-building. His forthcoming publications include the co-edited volume (with Meena Bhargava) The Early Modern in South Asia: Querying Modernity, Periodization, and History (Cambridge University Press). His ongoing projects include editing a special issue on ‘environment and empire in the early modern world’ for Journal of the Economic and Social History of the Orient; co-editing (with Ranabir Chakravarti) a collection of essays for Routledge on the history of the horse in South Asia; and co-editing another collection of essays (with Kaustubh Mani Sengupta) for Cambridge University Press on recent methodological shifts and innovations in South Asian historiography.

At Ashoka University, Nath’s courses focus on the history of empires and warfare in South Asian history, and global histories of environment, warfare, and empire. Before joining Ashoka University in 2016, he taught medieval and early modern history at Miranda House, University of Delhi. He earned his MPhil and PhD in History from Centre for Historical Studies, Jawaharlal Nehru University, New Delhi. Before this, he completed his MA in History from University of Calcutta, and BA in History from Presidency College, Calcutta. He is the recipient of DAAD-funded ‘Short-Term Guest Professorship’ (2022) and DAAD-funded ‘A New Passage to India III’ fellowship (2013-14), both to Georg-August Universität, Göttingen, Germany.

Pratyay Nath is interested in supervising research on the following fields:

Interested students are welcome to get in touch with him directly at pratyay.nath@ashoka.edu.in.

Ongoing and past supervision: