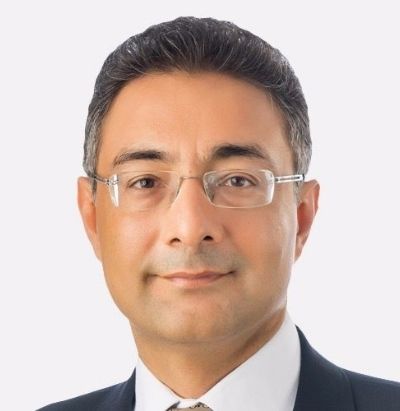 Priya Lambah enjoys financial investing and actively manages her personal investment portfolio. Her financial services career started in the early 90s when she was one of the four founding shareholders of Edelweiss Capital. After marrying Ravi Lambah, she moved to Hong Kong and lived there for over 15 years, 10 of which she spent as a leading equity salesperson in Salomon Brothers (Citigroup).

In addition to investing, she actively helps various NGOs and charities in their fund raising efforts, in India and Hong Kong. Priya holds a BCom and a BA in economics from Mumbai University. She holds a master’s degree in marketing from Narsee Monjee Institute of Management and Studies.

Ravi Lambah is the head of direct investments, and Head India at Temasek International in Singapore. Prior to this role, he was the chief operating officer of ST Telemedia, an investor-operator with a significant global portfolio of telecom and media assets, and a 100 per cent owned subsidiary of Temasek. Ravi has spent over 28 years in the financial and investment banking industry in the Asia-Pacific region, 15 of which were with Credit Suisse, Jardine Fleming, and Citigroup.

In addition to several global corporate board appointments, he is a director of Leap Philanthropy in Singapore, an organisation engaged in impact investing in the south east Asian region. Ravi holds a BCom and a BA in economics from Mumbai University.