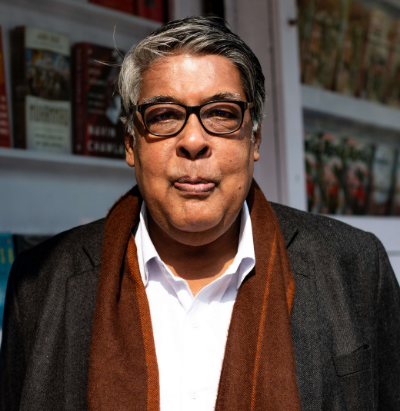 Purushottam Agrawal served as member of the Union Public Service Commission of India from 2007 to 2013. Prior to this, he was chairperson, Centre of Indian Languages, Jawaharlal Nehru University. He has also served as visiting professor at the Faculty of Oriental Studies, University of Oxford, EL Colegio de Mexico and the University of Cambridge.

Purushottam’s book, Akath Kahani Prem Ki: Kabir Ki Kavita Aur Unka Samay (2009) has been widely acclaimed as a path-breaking study of the poet Kabir and his work. His other books include Padmavat: An Epic Love Story (2018) and Hindi Serai: Astrakhan via Yerevan (2013). In 2016, he published his first novel, Nacohus which constructs a Kafkaesque fantasy around the politics of hurt sentiments.

A well-known panellist on TV debates, Purushottam hosted a unique show on books called Kitab on Rajya Sabha TV. One of his most celebrated talks, published as a monograph, was the Gandhi Peace Foundation lecture, Majbooti ka naam Mahatma Gandhi (2005), which throws new light on the issues of violence and power. His latest book is titled Who is Bharat Mata? (2019) — a selection from Nehru’s writings and speeches about history, culture, and the idea of India.