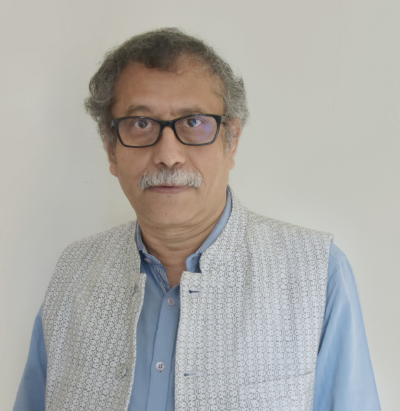 Head of the Department, Chemistry, Professor of Chemistry, Ashoka University

Prof. Sourav Pal has joined Ashoka University as Professor and Head of the Department of Chemistry from October 12, 2022. Previously he served as Visiting Professor of Ashoka and was the Director of Indian Institute of Science Education and Research (IISER) Kolkata for five years from Oct 12, 2017 to Oct 11, 2022. He was also the Professor of Indian Institute of Technology (IIT) Bombay from June 1, 2015 to May 31, 2020. Prior to joining IIT Bombay, he was the Director of CSIR-National Chemical Laboratory (NCL), Pune and worked at NCL Pune for almost 33 years. He was instrumental in setting up Electronic Structure Theory Group at NCL He is a distinguished theoretical chemist and has contributed to methodological and conceptual developments on many-body electronic structure theory, to the area of density based chemical reactivity, as well as to catalytic and hydrogen storage materials using computational material science.

With a 5 year integrated Masters degree in Chemistry from Indian Institute of Technology (IIT) Kanpur in 1977, and a Ph.D. degree from Calcutta University, he joined NCL in 1982. He was a post-doctoral fellow at the University of Florida, Gainesville, USA (1986-87) and Alexander von Humboldt Fellow at the University of Heidelberg, Germany (1987). He was visiting Professor at the University of Arizona, Tucson, USA, University of Torun, Poland and the Institute for Molecular Sciences, Okazaki, Japan. He also holds Adjunct Professorships at IISER Pune and IIT Goa. He is also distinguished Visiting Professor at IIT Kharagpur. He served as the President of Chemical Research Society of India for three years from April 1, 2014. He is a member of Executive Council of Federation of Asian Chemical Societies and is Chairman of Chemical Division Council of Bureau of Indian Standards. Presently, he is in the founding Executive Board of the Commonwealth Chemistry which is a federation of chemical sciences of commonwealth nations. In addition, he has served on several important scientific committees in the country and abroad. He was a member of the Council of Indian National Science Academy, New Delhi.

He has published about 300 papers in International peer-reviewed journals and contributed chapters to several books. He has guided about 45 Ph D theses and is the author of a book titled “Mathematics in Chemistry”. He has been invited to deliver plenary / keynote / highlighted lectures in several institutions and international conferences of repute over the years.