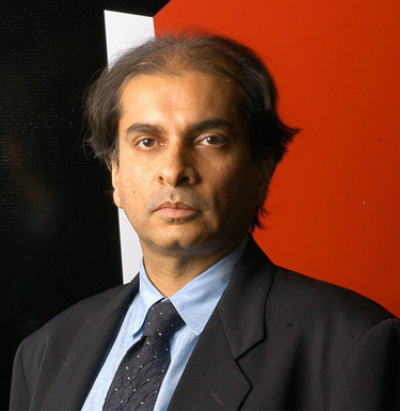 Sunil Khilnani joined the King’s India Institute as its Director and Professor of Politics in June 2011. His research interests lie at the intersection of various fields: intellectual history and the study of political thought, the history of modern India, democratic theory in relation to its recent non-western experiences, the politics of contemporary India, and strategic thought in the definition of India’s place in the world.

Prior to becoming Director of the King’s India Institute, he was the Starr Foundation professor at the School of Advanced International Studies (SAIS), Johns Hopkins University, from 2001 to 2011, in which time he also served as Director of South Asia Studies at SAIS, a programme he had established in 2002.

Formerly Professor of Politics at Birkbeck College, University of London, he has been a visiting professor at Seikei University, Tokyo, and was elected a Research Fellow of Christ’s College, Cambridge. He has also held a Leverhulme Fellowship, and has been a Fellow of the Woodrow Wilson International Center for Scholars in Washington DC, a Fellow of the Institute for Advanced Study (Wissenschaftskolleg) in Berlin, and a Fellow of the American Academy in Berlin.

He has served as a member of several editorial boards, including Economy and Society, Critique Internationale, and the Political Quarterly, and is a member of the Scientific Council of the Institute for Advanced Study in Nantes, the Instituto Oriente in Lisbon, and a Governor of the Jawaharlal Nehru Memorial Trust.

He is the author of The Idea of India, published by Macmillan in 1999, and is a recipient of the 2005 Pravasi Bharatiya Samman, awarded by the Indian government.