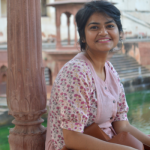 Uday Kanungo, writing tutor at Centre for Writing and Communication (CWC), has won the Toto Award for Creative Writing 2022. He was awarded for his short story ‘The World Without Us’, which was published in The Indian Quarterly.

The story sketches the relationship between a brother and a sister who live and grow up in the aftermath of the death of their parents, and the myriad ruptures that loom over their bond. The Jury mentioned in their comments that ‘in this poetic and moving narrative, the reflections on personal lives are no less than philosophical reflections on life itself’.

The Toto Funds the Arts (TFA) is a non-profit trust set up in 2004 in the memory of Angirus ‘Toto’ Vellani, a young connoisseur of the arts in all its forms — music, literature, film, and more. The TFA has been giving awards for many years and in diverse categories. It is now established as one of the most prestigious achievements for budding artists in various avenues. These awards are supported by the Mani Rao Foundation and Naboneeta Majumdar (in memory of Dipali and Nitai Majumdar).

Uday Kanungo was also previously longlisted in the 2021 edition for the same award.

YSP Returned to campus with YSP-Sciences

Ashoka Semester Abroad 2021-22: Discovering the world of Academia and Culture

Kicking off the Summer Semester-2022