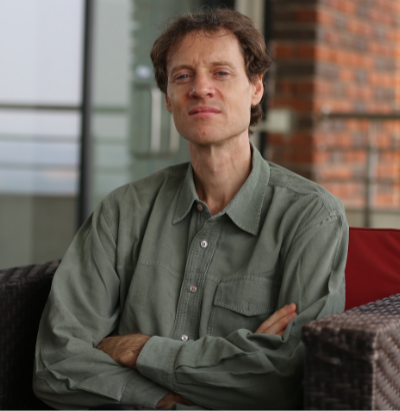 Alex Watson is Professor of Indian Philosophy at Ashoka University. He was formerly Preceptor in Sanskrit in the Department of South Asian Studies at Harvard University. His D.Phil. was from Balliol College, University of Oxford. Following that he held research fellowships at Wolfson College, Oxford, at the École française d’Extrême-Orient, Pondicherry, India, at Kyushu University, Japan, and at the University of Vienna.

His research interests include Buddhist Philosophy, Indian Philosophy (especially Mimamsa, Nyaya and Saivism), Sanskrit Language and Literature. He is author of The Self’s Awareness of Itself (2006) and, with Dominic Goodall and S.L.P. Anjaneya Sarma, An Enquiry into the Nature of Liberation (moksa) (2014), as well as numerous articles on Hindu and Buddhist philosophy. Some of these are in peer-reviewed journals such as The Journal of Indian Philosophy. Others are chapters in books that are suitable as teaching materials: The Routledge History of Indian Philosophy and The Continuum Guide to Indian Metaphysics and Epistemology.

Each semester that he taught at Harvard, Prof. Watson received a University Certificate of Teaching Excellence.

He also trained for three years to become a psychotherapist and has published articles on Freud and on Existential-Phenomenological Psychotherapy, a tradition that seeks its inspiration from philosophers such as Nietzsche and Heidegger.