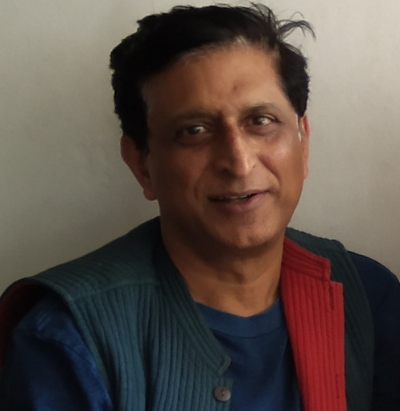 Mukul Sharma is a Professor of Environmental Studies at Ashoka University. Before this, he was the Professor and Head, Department of Development Communication, and Dean, Academics, at the Indian Institute of Mass Communication, New Delhi (2014-2019). His formal academic qualification is in Political Science. Since 1984, he has worked in academic, development and media sectors.

He has been a research fellow in several universities and institutions, including Mahidol University, Bangkok (2010), United States Institute of Peace, Washington DC (2002-2004), SEPHIS scholar, International Institute of Social History, The Netherlands (1999-2003), London School of Economic and Political Science (2000) and University of Oxford (1998).

Mukul worked as a Special Correspondent in Navbharat Times, Delhi (1983-1998), and received 12 national-international awards for his environmental, rural and human rights journalism. After that, he has been the Director of Amnesty International and Heinrich Boell Foundation in India, the South Asia Director of Climate Parliament and the Asia Campaign, Advocacy and Policy Director of ActionAid International.

His research interests lie in examining the relations between nature, culture, politics, policy and power. He focuses on the interweaving of ecology, religion, politics and media in the making of environmental politics in India and South Asia. He is also interested in legislative and policy aspects of renewable energy in mitigating climate change. He is presently working on ‘Dalit Ecologies: Caste and Environmental Justice.’