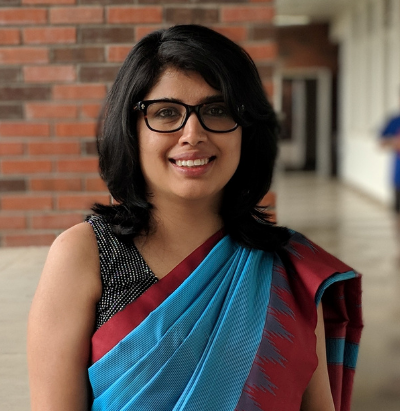 Sumana Roy is Associate Professor of English and Creative Writing at Ashoka University. She is also working on the Indian Plant Humanities project with the Centre for Climate Change and Sustainability, Ashoka University. Prior to this, she taught English Literature in government colleges in Bengal. She was a Carson Fellow at the Rachel Carson Centre for Environment and Society in Munich (2018), and a Full Time Visiting Fellow at the South Asia Program, Cornell University (Fall 2018).

Her poems and essays have appeared in her poems, essays and stories have been published in The Paris Review, Lit Hub, The Point, Granta, Guernica, Prairie Schooner, LARB, The Chronicle of Higher Education, The Common, The White Review, Berfrois, The Journal of South Asian Studies, American Book Review, among other places.

Professor Roy is currently working on a book project about plant thinkers in twentieth century Bengal (Oxford University Press, forthcoming), and her research interests include literature on the non-human, provincial literary cultures, and the relation between art and emotions, particularly the rasa theory.

Sumana Roy goes Beyond the Classroom!