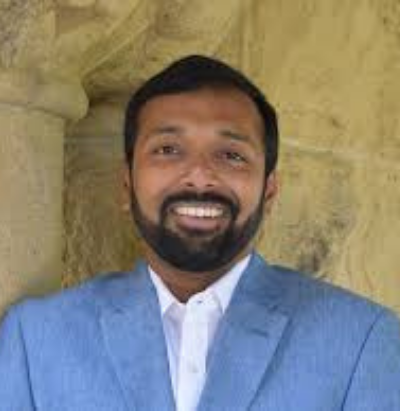 Vivek V. Narayan is a scholar, performance-maker, and writer, whose research is on caste and anti-caste politics in south India. He graduated from Stanford University with a Ph.D. in Theater and Performance Studies and a Ph.D. Minor in Anthropology, prior to which he completed M.A. Theatre (Directing) from Royal Holloway, University of London, and B.A. English Literature from St. Xavier’s College, University of Mumbai. His writing has appeared in Theatre Survey, Modern Drama, J-CASTE, The Caravan, The Hindu, AZURE, and The High Window, among others, while his plays have been staged at various venues in India, the UK, and the US. His work was awarded the Bluestone Rising Scholar Prize in 2019, the Charles R. Lyons Memorial Prize for Outstanding Dissertation in 2019, the Charles Wallace India Trust Award in 2009, and was shortlisted for the Hindu MetroPlus Playwright Award in 2008. He is Assistant Professor of English, Theatre, and Performance Studies in the Department of English, and, by courtesy, the Department of Performing Arts, at Ashoka University, where he teaches courses on theatre history, performance studies, critical race theory, Dalit Studies, postcolonial theory, and performance-making. Prior to joining Ashoka, he taught in the Department of Humanities and Social Sciences at the Indian Institute of Technology Gandhinagar, Gujarat. He is currently at work on his monograph, Stolen Fire: Caste Scripts and Anti-Caste Politics in South India, 1893-2018, which views the Dalit movement in contemporary Kerala as well as the long history of anti-caste struggle in colonial-era Travancore through the lens of performance.